Founded in 1951 as a Ready-Mix concrete company, The Concrete Company has evolved over 65 years to become an industry leader in concrete pipe and aggregates throughout the southeast. We are currently composed of three branches that span over three states and ten locations: Foley Products Company, Foley Materials Company, and Columbus Quarry. 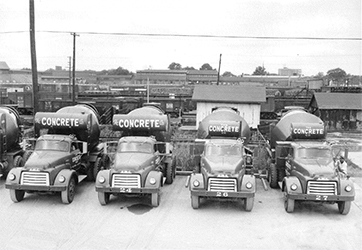 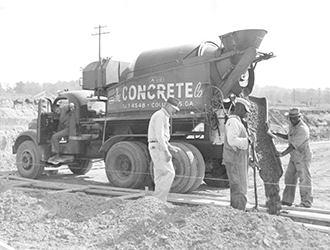 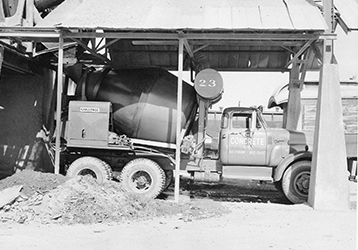 Frank joined The Concrete Company in 1974, after graduating from the University of Georgia with a Bachelor’s degree in Business Administration. In 1979, Frank took on the role of company president. Frank focused on expanding the company’s ready-mix division by adding multiple locations and mobile operations. In addition, Frank diversified the company’s business lines with the addition of a precast concrete products plant in Newnan, Georgia, aggregates locations in Georgia and Alabama, and a cement importing operation in Mobile, Alabama. Throughout the years, The Concrete Company has been successful through economic downturns, as well as growth opportunities in upturns. Furthermore, the company has expanded operations to locations throughout the southeast and has secured its position as an industry leader in concrete products. In addition to his passion for business, Frank is a dedicated alumnus of the University of Georgia and avid bulldogs fan.

His expertise in acquisitions, contract management and materials procurement has been an asset to the company.  Hugh formerly served as a member of the Muscogee County Board of Education and is active in his church.

Dennis studied civil engineering at Cambrian College in Canada and began his career with Foley Products in 2000. Dennis has dedicated almost three decades of hard work to the concrete industry, working his way through the ranks, to earn his current position.

Currently, Dennis allocates his time between Foley Product’s locations in Georgia, Alabama and Mississippi, as well as, serving on the Quality Committee for the American Concrete Pipe Association (ACPA).

Before joining The Concrete Company’s team in 2001, Tammy worked for AFLAC for 22 years in Human Resources and Risk Management. Her responsibilities at The Concrete Company include overseeing the functions of workforce development, employee benefits and compensation, and ensuring safety and environmental compliance well above industry standards.  Tammy is dedicated to M2540, a local non-profit organization, which serves the homeless community within the Columbus, GA area by providing meals and other necessities. She is an avid Georgia Bulldogs fan and outdoor enthusiast.

Emily began her precast journey in 1999 with Sherman Dixie Concrete Industries while studying to earn a degree in Business Administration in Franklin, TN. During her employment of nearly two decades, she was afforded the opportunity to work within most all departments, where she developed a true passion for all facets of the Precast Industry. Emily made Foley Products her home in 2017, with an objective of process development and overseeing the Project Management and Engineering-Design staff in Georgia, Alabama, and Tennessee. Her devotion and enthusiasm for the Industry and Company, lead her, along with her husband and three children to make the move to Georgia in 2019. Emily is committed and humbled to be a part of the continued growth and success of Foley Products.

Our Mission is Simple

To be the leading supplier of precast, pipe and aggregates by continually striving for improvement and always pursuing innovation.

Our Vision is Clear

To be known for our commitment to our customers through innovative technology, superior customer service and the broadest selection of precast, pipe and materials within the industry.

Our Values Are Consistent